AGRITECTURE: A Conversation with Henry Gordon-Smith

Two years ago this month, I said goodbye to a twenty-year career in software licensing. I really needed a change and my vocational shift was indeed a calculated risk. There’s no denying I was bitten hard by the nascent industry of indoor vertical farming where LED lights grew food 24/7/365 regardless of the external environment. Though I was initially seduced by the pink lights ultimately it was the factual data that made me a believer. That data included the now-well known statement that there are 7 billion people on the planet today and by 2050 there will be 10 billion people. Further facts, more than 70% of all arable farmland on the planet is otherwise occupied which begs the question; how to feed an ever expanding population?

For a solid year I was on a mission to learn as much as I could about indoor vertical farming and the ecosystem of operators and growers, manufacturers, academics and industry experts who surrounded it. But I needed a credible resource to help guide me in my research or better, “In my journey.” I found it in the “Super Blog” AGRITECTURE built and maintained by a true industry disciple, Henry Gordon-Smith. Without question, AGRITECTURE was my go-to source for getting smart and staying informed. In fact, my time spent on the site far surpassed any other area of study. It seemed like each day Henry was posting something new, fresh and relevant. For this, I’m forever indebted which is why I want to share Henry’s good work with Urban Ag News readers as it’s our goal to inform and educate. 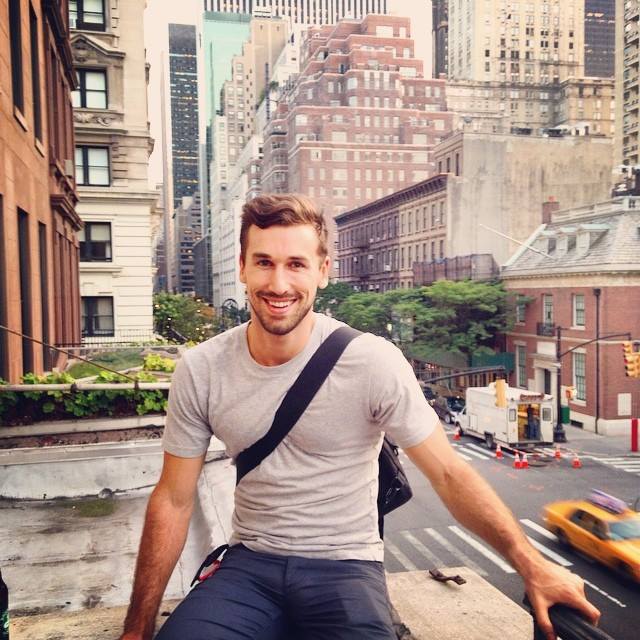 Henry moved to New York City in 2011 to pursue his dream of being an urban farmer.

Who is Henry Gordon-Smith? Born in Hong Kong to a Czech mother and British father, he’s now based in New York City. Growing up around the world, he is as multi-cultural as they come. Henry earned his undergraduate degree in Political Science from the University of British Columbia and later went on to achieve a Master of Science in Sustainability Management from Columbia University. It was at Columbia where he connected to his values…hard work, a need to change the world and to be on a “mission.” It was at Columbia where he met Dr. Dickson Despommier, professor emeritus and 2011 author of “The Vertical Farm.” That same year AGRITECTURE was born. 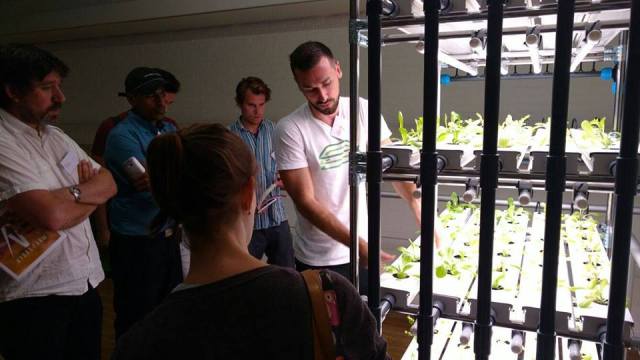 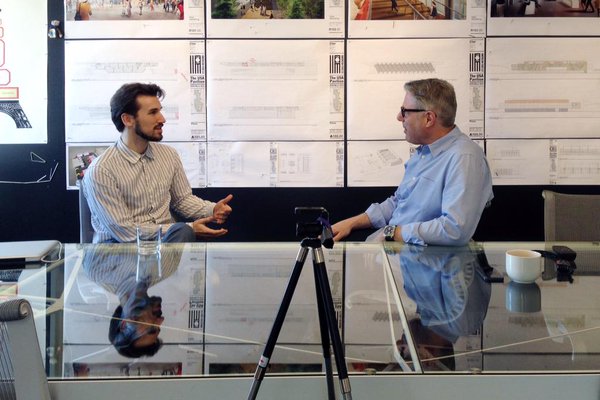 An interview with architect James Biber of the US Food Pavilion at Expo Milan.

Like me, Henry could not find relevant and current information on the industry. Find a need and fill it. His goal was to compile and share content for free so as to inform and inspire. “I wanted to build an industry not a business.” With little coding experience, he relied on Tumblr to make his dream a reality and create a truly global, networking platform. He wanted AGRITECTURE to be a reflection of his values and the need to do good, the need to address social and environmental challenges, the need to address food and water issues, the need to be an ambassador for an embryonic industry. 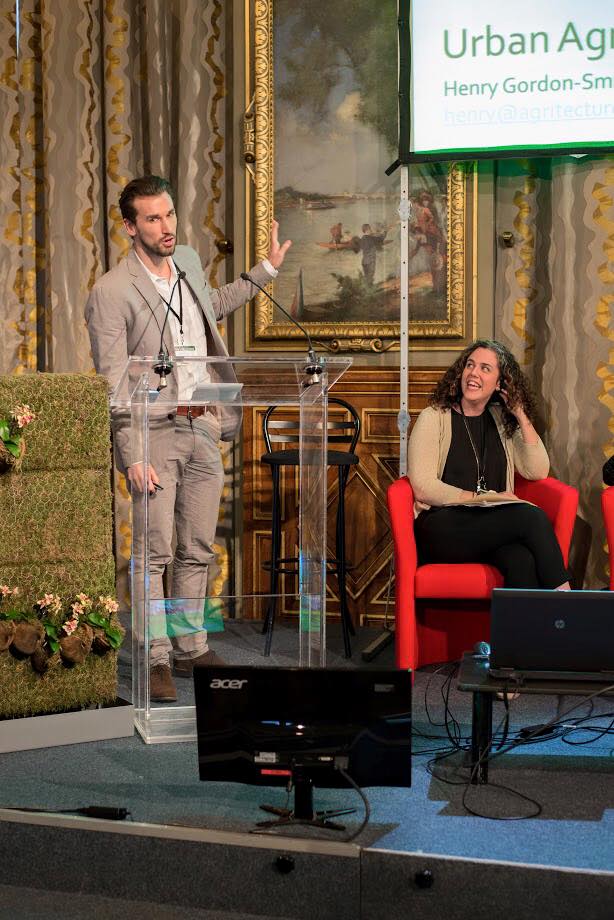 Henry speaking on urban agriculture in NYC to the City of Paris at their Du Verte a Tous Les Etages conference in May 2015.

As if he was not busy enough with AGRITECTURE, Henry found time to establish and lead the industry’s burgeoning networking organization, the Association for Vertical Farming. The AVF has successfully held events around the world in places like Amsterdam, Mumbai, London, Beijing, Las Vegas, and Atlanta. Along with co-founder Max Loessl and a cadre of willing assistants, the AVF has brought hundreds of people together with a common goal: to address the challenges of food, water, land, and population growth. 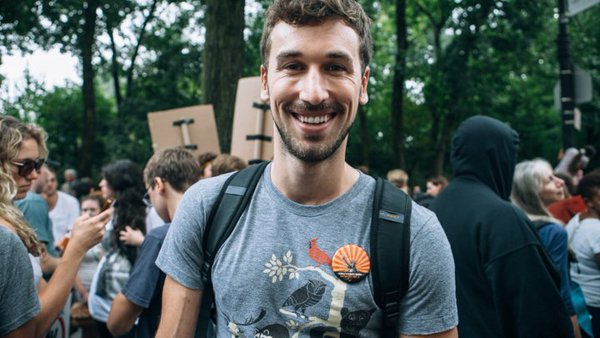 Henry Gordon-Smith at the Climate March

When I asked Henry what kind of feedback he receives from AGRITECTURE readers he said, “Mainly gratitude and questions.” As someone who has learned a great deal from his work, I wish to also share my gratitude. Keep up the great and meaningful work Henry, you are changing the world!

Ever wanted to know more about or even be introduced to what all this organization does? Well, now you can tune in to learn on your radio! This January, FFA announced a new student-led initiative called FFA Today. Learn more about this program in the excerpt below from RFD-TV. Student-led national television program premiered on January 7at 7 p.m. ET […]

Robotics meets agriculture and eases some of the hard work associated with maintaining and orchard. Now, orchard owners and growers can more easily maintain their crops with an autonomous sprayer! Learn more about this exciting technological advance in the excerpt below from AgDaily. With today’s technology, autonomy in agriculture is no longer a far off idea. California-based Crinklaw Farm Services Inc. has […]

With all of the current buzz about conquering space as the next frontier, one of the most pressing issues other than the lack of oxygen, has been determining the best methods to produce food in outer space including places like the moon. A recent Chinese mission to the moon has done just that and has witnessed the first seeds to […]

There seems to be a constant barrage of information about STEM and increasing access to STEM education programs, however it often seems that these programs are targeted to more urban and suburban areas! But America's farmers and agricultural industries are taking a stance and further extending this support to the creating of STEM grants for rural schools. Learn more about […]

STEMconnector, a Diversified Search company, is a consortium of companies, nonprofit associations and professional societies, STEM-related research & policy organizations, government entities, universities and academic institutions concerned with STEM education and the future of human capital in the United States.